currently running in spearmint. here it is so far. mods done by me:
-custom made hd icons.
-customized color coding for health pickups.
-qc sound conversion, with custom entries made in audacity that don’t actually exist in qc. made using the announcer voice. ex. “powerup spawned”.
-modified vanilla hud with kairos font numbers.
-added kairos font.
-modified weapon textures.
-reskinned AndehX’s quake 4 ammo boxes with carbon fiber
-hybrid carbon fiber rocket launcher.
-nailgun wall marks, and nail sprite from qcde replaces plasma sprite.
-custom nailgun weapon sound made in audacity using samples from qc.
-hd modified vanilla machine gun sound.
-custom made logo512 (the menu background)
-figured out correct aspect for qc wep icons, again using canvas stretching trick.
there’s probably a lot more i’m forgetting, however that’s the important stuff for now.
no gameplay changes can be made, and vanilla q3 is missing a lot of the extras found in qc and unless someone does a recompile that’s basically qc using idtech 3, or if it’s possible to piggy back things such as “from the grave” and other qc aspects, then it most likely won’t happen.

the nailgun and railgun are from the modder CbAqvq 191 and i made modifications to their text files.
the mega, yellow health, armors and shards are also by CbAqvq 191. this was a huge step forward for the qc conversion, but the issue is i need someone who knows blender to spit out two more health models calling for different color mesh bmp’s to complete the health model conversions. the models can be found here: QCA (pueba) [Quake III: Arena] [Works In Progress]
unfortunately, the modder isn’t responding.

this is my to-do list:
-make qc quad and powerrups glow for increased vis
-quad damage sample
-get rid of stupid hit sound that happens when announcer says fight. not sure why that’s being triggered but it’s happened before with other builds in the past.
-fix qc railgun hand file
-figure out how to make two more health models calling for different color mesh.bmp files through blender
-figure out bullet explosion for plasma hits?
-figure out how to change “cells” and “plasma gun” to “nails” and “nailgun”. tried editing the names in the weapon.c file but that didn’t seem to change it.
-fix lightning
-all high poly models and hd player skins
-change all hud items to qc
-turn off shadows on text
-convert regeneration to protection? pentagram md3? replace regeneration sound sample with protection sample?
-from the grave medal pk3 addon? script? how to do this.
-if from the grave piggyback successful, then perhaps more would work?

and here’s the conversion in blood covenenant: 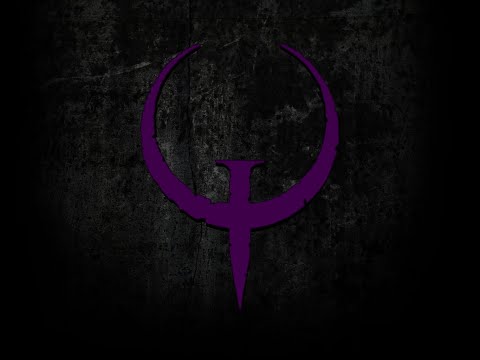