Creation of an engine for playing half-life maps

hello all , your project and forum are very cool and result is very good…at least you make quake3 still playable with linux…[ that is no longer to play doom3 or prey or quake-territory…may be because of the KMS…? ]
i make this post because i had the idea the developers should be able to invent an engine that can play the bsp maps of quake based game : Half-Life without too much headaches ;’]
i made mods for HL years ago , the first one was using the dlls of opposing-force and maps from HL plus some from Blue-Shift or The Visitor mods to create a longer game with new models .

i uploaded mod Opposing Life2Life
here are the file : linux , low def and high def with the update for all
https://mega.co.nz/#F!bUJjSayS!JYYowgpvMqI_Zk8FllbzRA

to make it easy to have fun quickly , there are three mapcycles themed with mods [220 maps], maps [180 maps] and horror [60 maps] …
i made two folders at Mega with files for windows and linux
the archives are the same and are made to make easier the install .

i also uploaded the live-linux server i used to create the mod .
i did not before because of the so many updates that break all…
but it is still working…so let 's share this masterpiece… [ should still be true , check was made 07-20-2015 ]

the iso is tailored for a 4 or 8 Go of ram pc and made to copy the whole file in ram , so server will never have to read from usb-hd or other hd … that helps to have a stable servers
the file is around 1.69 Go and at mega

so i have no preference concerning the engine as rendering HL maps should be possible by all .
but hope a lot of what you can do

for my new badge as a Basic Member : i ask again people having programming skills to create a hl bsp maps renderer…
my internet access is satellite so the ping is high and only way to get it is hamachi… or vpn but i agree to do it if that can help …
after the engine rendering of cool hl maps… i hope we ll do like our beloved programmer Mr Carmack and port maps to Virtual Reality…
that is easy for guys like that did it once…again is repetition repetition like says the Avatar hero …

just to add few info about the mod opposing life2life …
i replayed it and found again the bug i had years ago but i was thinking it was reserved to new opposing-force dlls with steam-tickets…
so to be able to use the MOUSE , you have to rename oplife folders to gearbox [ and stop the cloud files saving ] , then game is playable
it is a bug i reported at github : https://github.com/ValveSoftware/halflife/issues/1521

i hope superjohncarmack will be disgusted by so bad programming skills using to kill mods …and will help making my game ;’]
if he wants , we can also create something like hl3…with monsters from hl…[ not hl2] . i start to have the main ideas of the game story…

here is a post about making hl running with quake engine : Hello everybody, I just bought a Surface RT and seeing all these apps under development after successful jailbreak I missed the good old Gordon Freeman, a…


there is a file to download…
the video is : 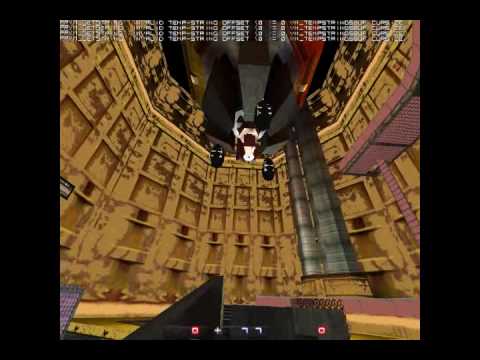 As this is my first post here, one thing beforehand: Hello to all :slight_smile
Some here may know me already from back in the day in the q3 mapping scene or from the good old quake.de forums.

@sixcentgeorgefr: the darkplaces engine is afaik also capable of what you are looking for: https://icculus.org/twilight/darkplaces/

thank you wakey , this project is a very good update for quake … if only Q4 had the same…
i hope the new engine to be based on Q3 [ at the minimum and because i was imagining there was a lot of programmers here … waiting for some “pain in the a$$”… ] or better because i want it to play with hl and hl2 maps , plus monsters from doom3 games…
i recently discovered Wolfenstein : The Old Blood and played it … it was a big displeasure , like it was with doom4 or the first wolfenstein-bethesda : because maps are cool with a highly detailed maps BUT NO MONSTERS , no fights… or so . with Wolfenstein : The Old Blood , you kill grunts or heavy grunts all times , except at end where there is a sort of zombie that moves as much as the ending monster of opposing force, and there are less “special effects” than in this mod…